The Port of Turku – Gateway to Finland

The prerequisites for the natural port in Turku date back at least 65 million years when large fractures appeared in the ancient Finnish bedrock. At sea the fractures resulted in deep yet sheltered fairways between islands, such as Airisto off Turku. The rising of the crust formed the channel of the River Aura, and settlement began to appear by the river. Settlement attracted traders to the banks of the River Aura which were known as a lively trading post as early as the Iron Age. Ships sailed to the river from all over the Baltic Sea, and deals were made using a number of languages as well as hand signs. Finnish furs were in high demand in the export market, and goods were traded especially with the Balts, Swedes and Novgorodians. 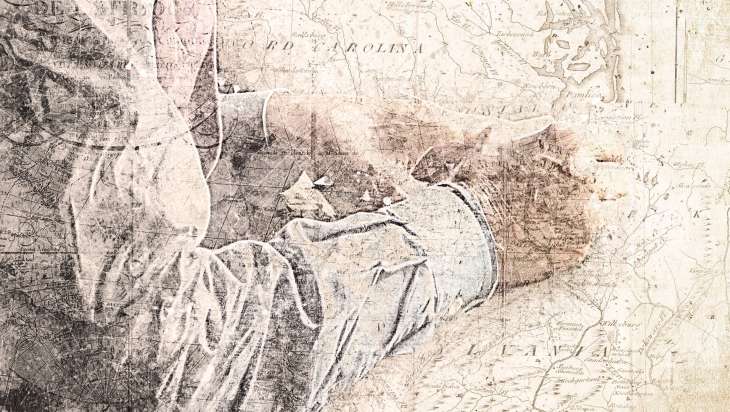 At the beginning of the era the Port of Turku was known as far as the Mediterranean countries. For that we are to thank the Arab Al-Idris who drew the port under the name Abuwa in his map in 1154. Internationalisation was speeded up by the Hanseatic League; the German trade organised by them concentrated on the river harbour built around the Unikankare area in the late 13th century. The river harbour was formed by the storehouses of the burghers. The cogs of the Hanseatic traders moored in their berths and dominated the cityscape together with the square, the cathedral and bourgeois houses. Thanks to lively international connections Turku developed naturally into the capital of Finland. 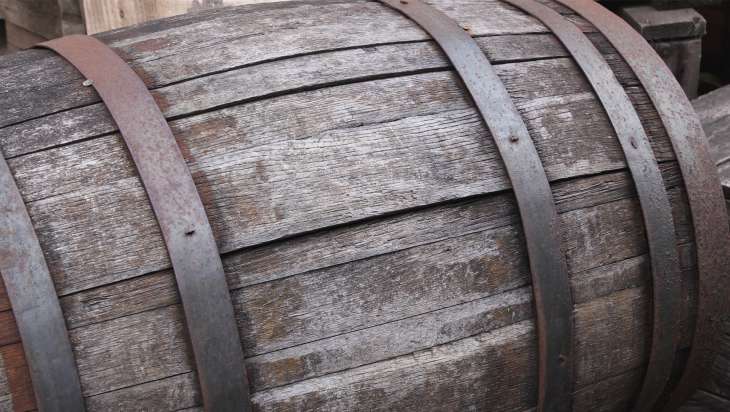 Turku’s position as the centre of Finland’s foreign trade strengthened. Ships sailed to and from all key ports of the Baltic Sea. Through Turku the Baltic herring and dried fish found their way to the European tables. On their way back the ships carried e.g. salt and wines to spice up the life of Finns. 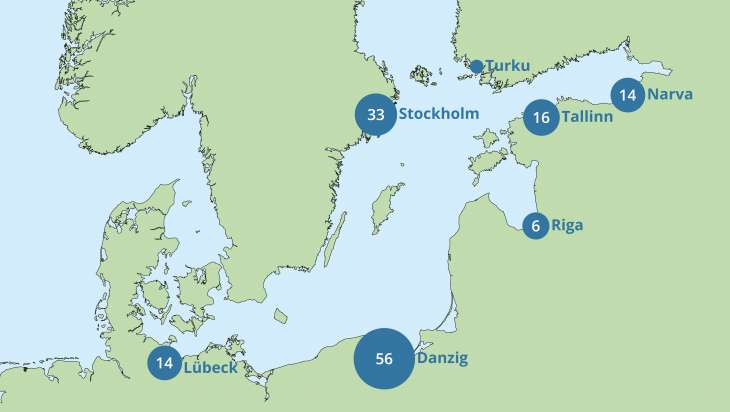 Magnus Eriksson’s law of the realm granted Turku a free right of sailing while other Finns only had the permission to sail to Turku or Stockholm. At first the main sailing destination from Turku was Lübeck, but in the early 15th century Danzig became the most important destination port. In the 16th century, around half of the ships departing from Turku headed to Danzig, a quarter to Stockholm and the rest e.g. to Lübeck, Tallinn, Narva and Riga. 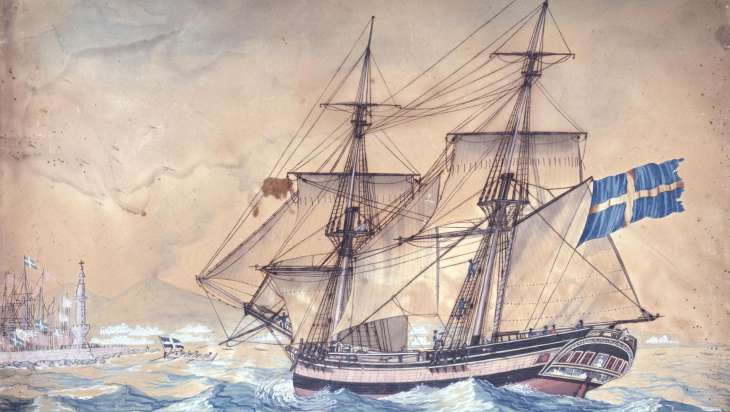 As the European courts battled with each other, tar was shipped from Turku for the preparation of warships. Tar trade and the related sailing to Holland extended Turku’s trading connections to the North Sea. Men were also transported to the battlefi elds, as Finnish warcraft was needed e.g. in the Thirty Years’ War. Riverside storehouses and loading berths remained by the River Aura. As the river became shallower, large ships were forced to stay on the Linnanaukko roads where they were loaded from barges. The rising of the ground and the sludge carried by the River Aura made the river and the Linnanaukko area even shallower, and hence regular dredging was begun in the area between Pikisaari and the Great Square in 1793.

The decreased sailing operations in Turku recovered in the 1730s. At the end of the next decade Turku had 12 deep sea sailing ships that carried timber, tar and iron all the way to the Mediterranean and brought back salt, tobacco, sugar and wine. 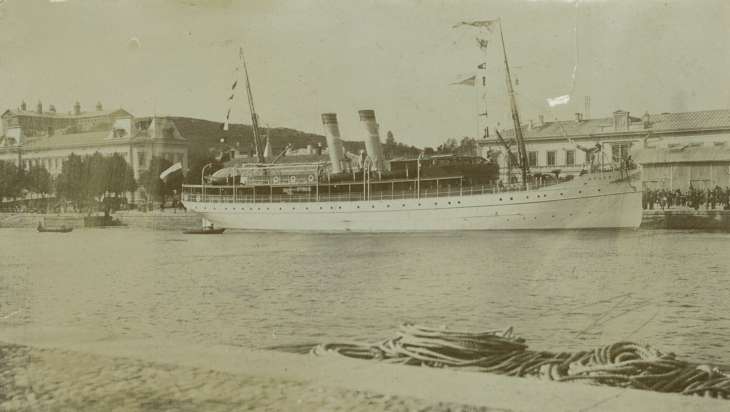 In the early 19th century, Turku was still the leading port in Finland. Most of the connections were on the Baltic Sea, but sailing on the North Sea, the Atlantic Ocean and the Mediterranean increased. In the mid-1800s, ships arrived in Turku from as far away as Argentina. The city’s merchant fleet included, for example, large salt ships that carried cargo on the oceans at wintertime. 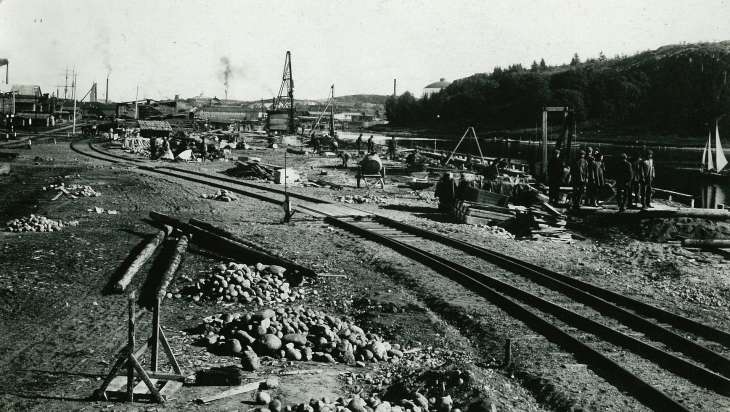 The arrival of the railway in the port and the building of the Kanavaniemi quays made the traffic in the port considerably livelier. Steamships carried two thirds of the cargo. The regular wintertime traffic between Turku and Stockholm operated by Bore was transferred to Kanavaniemi in 1901, and it was possible to continue from there by train, tram or horse-driven carriage. 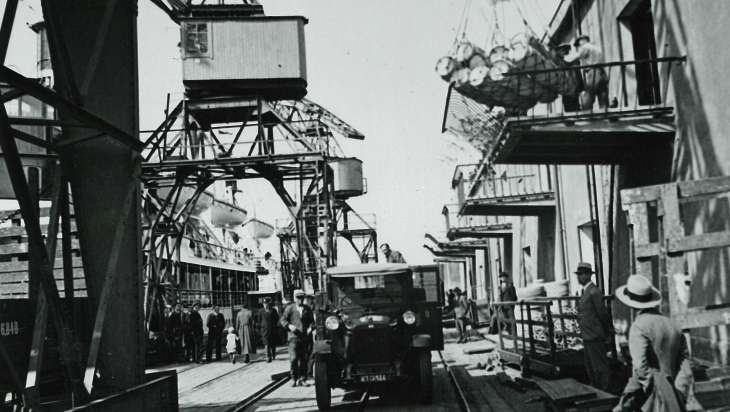 In the 1930s, an oil harbour was built in Pansio and it became an important import and distribution harbour for oil products. Butter became one of the key export products, and the exports were concentrated to the butter warehouse built in 1934. 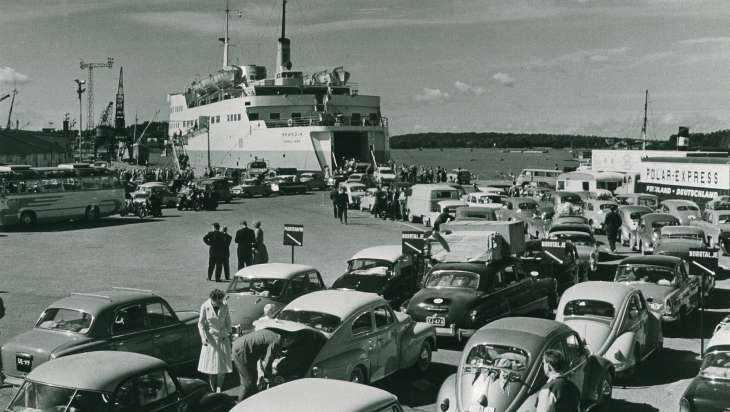 The Linnanaukko quay was completed in 1955, followed a few years later by the west quay. In the 1960s, Turku became a major port for car imports. 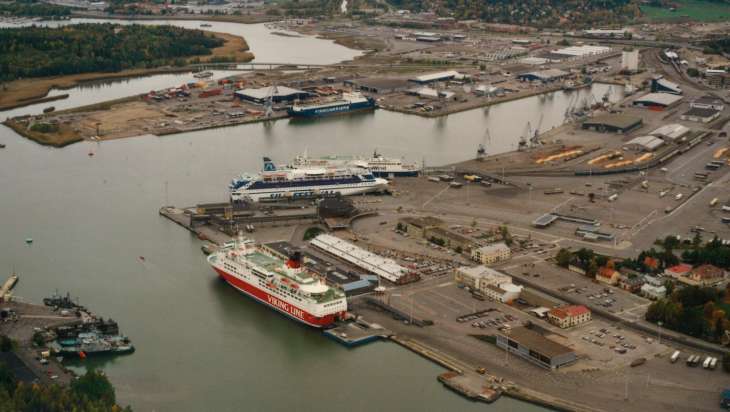 In the second half of the 20th century, passenger and cargo traffic became more efficient thanks to new types of car ferries. The first ferry to operate between Turku and Stockholm was Silja’s Skandia in 1961. Viking Line started ferry operations in 1973. Today, there are four daily departures from Turku to Stockholm that carry cruise and car passengers as well as lorries. 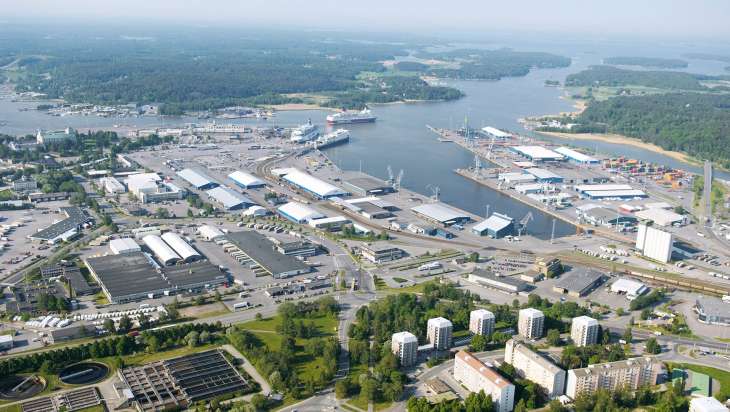 The Port of Turku is Finland’s leading port and distribution centre for Scandinavian traffic. In passenger traffic the customers are served by modern ships designed for comfortable travelling. The logistics needs of businesses are served by frequent connections to Baltic Sea ports and by extremely efficient logistics hubs. The basis for developing the Port lies in the customers’ needs and attention to the environment.

These cookies are necessary for the technical functionality of the site.

Analytics cookies collect anonymised usage information, which is used to develop the site and its contents.