Turku was known as a lively trading post as early as the Iron Age, when Baltic, Swedish and Novgorodian merchant ships sailed to the banks of the River Aura to trade goods. Turku became one of the key ports in the Baltic Sea in the 13th century when the cogs of Hanseatic traders dominated the view in the river harbour.

At the heart of the Baltic Sea since the beginning

In the 17th century, tar trade and the related sailing to Holland extended Turku’s trading connections to the North Sea. In the 18th century, timber, tar and iron were exported from Turku to the Mediterranean, and the ships brought back salt, tobacco, sugar and wine. After the sailing ship era, steam ships entered the business and started regular traffic to Stockholm already in the 1830s.

Scandinavia gradually became the main direction for the ship traffic from the Port of Turku when the shipping companies launched new kind of car ferries in the 1960s and 70s. Increasingly frequent traffic also enabled the development of the Port into a modern service port which in addition to passenger traffic caters to the logistics needs of the Finnish businesses. 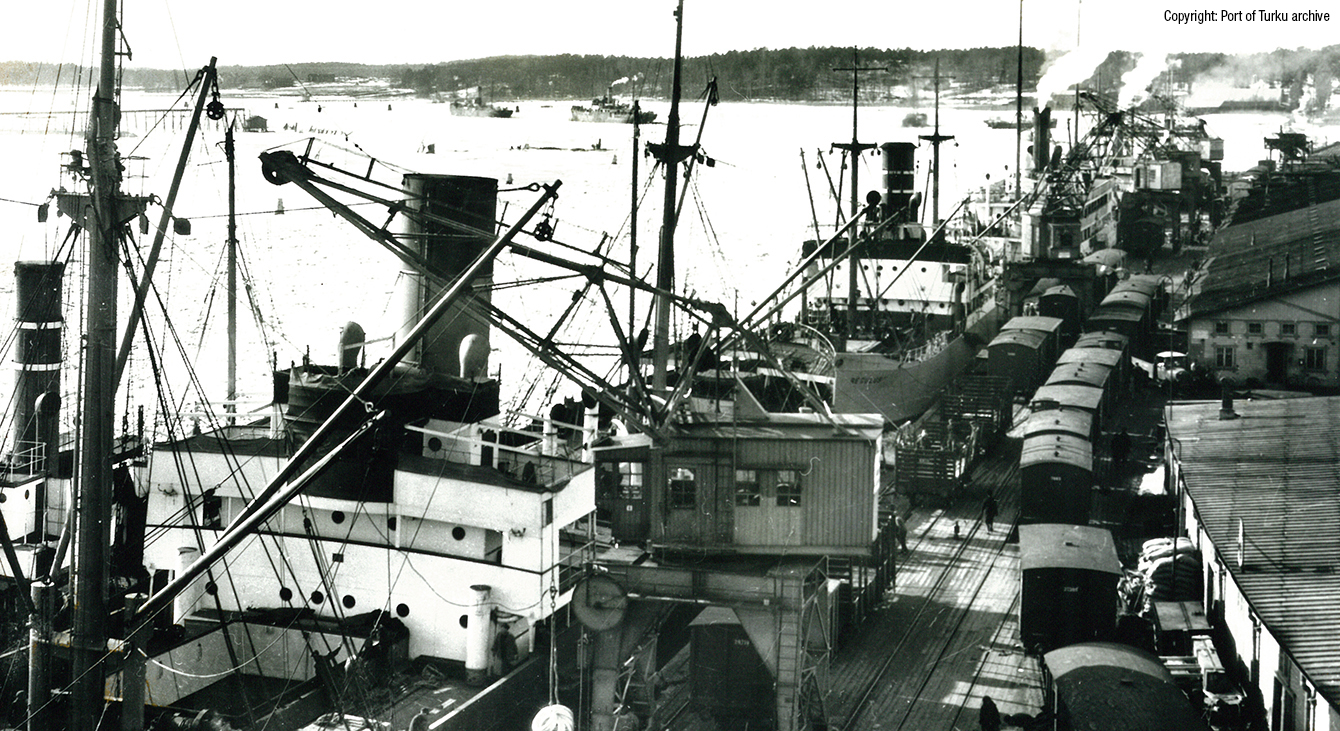